Why every company should think like an entertainment company

Media consumption is evolving drastically, and consumer attention is increasingly getting harder to win and keep. While this most directly impacts entertainment companies, organisations outside of the entertainment industry also enter the battle for the consumer’s attention. This to that extent that every company needs to think and act like an entertainer.

Research from GWI exposes that, while time spent on traditional media is (only) slightly decreasing, time spent on digital media has nearly trippled over the last decade. Digital media thus does not necessarily substitute traditional media but mainly comes on top of it for most generations. Although, we must note the exception, namely the younger generations, gen Z and millennials, where digital media is replacing traditional media. While in 2012, the average consumer spent 7,5 hours a day to media consumption, this amounts 12,4 hour in 2021 – an increase of 5 hours a day in less than a decade. A remarkable evolution in a world where time has become the most scarce resource for consumers.

A critical observer would think that this means that the 2021 consumer only has another 11,6 hours to fill the rest of his/her day to work, sleep, spend time with family and friends… But this should of course not be seen as linear. Today’s consumer is a multitasking consumer: research from Activate Consulting reveals that multitasking leads to an average day of 31,5 hours of time consumption where media consumption happens simultaneously with other activities.

Being a flamingo in a flock of pigeons: all companies, entertainment companies

As consumer attention is getting harder to win and keep, companies need to develop content that’s more engaging, content that grabs the attention and keeps it, content that’s not skipped after 5 seconds once YouTube allows them to do so. Content that’s authentic – of course, the buzz word – and integer, that feeds the relationship between consumer and brands. Because that’s what it’s all about: building and strengthening human relationships. Therefore we could say that all companies should in a way turn into entertainment companies.

Content studios are no longer  merely part of the media giants, but are increasingly being sought out by consumer brands such as Red Bull, Coca Cola, L’Oréal and AB Inbev. The same parallel can be seen in the sports industry where clubs are becoming direct competitors of media and entertainment companies, running the whole chain from production to the last touch with the end consumer. Even the most traditional industries are adding flavours of entertainment to their content.  A perfect example is Belgium’s most digitally developed, traditional bank, KBC. The KBC app has been a one-in all platform for several years where consumers can use the app for a total of 30 (!) various services today like car and bike sharing, ordering service cheques, cashback deals… While most of these services enable smooth solutions for daily payments, KBC stepped up their game in 2020 by adding an entertainment layer. From 2020 on, users of the KBC app can now follow their favourite Belgian football teams ‘almost in real-time’ as highlights are pushed through the app immediately after they take place – in a user-friendly way via snackable videos. Through entertainment, they create meaningful relationships with app users. Love brands are very rare, but will a traditional bank like KBC potentially evolve into a first ‘banking love brand’ in the future?

While in the past, consumers went to whatever marketplace that sells the product or service they want – both physical and online, we’re seeing this is changing the other way around in the online world. Within my Instagram feed, I can effortlessly buy the H&M jacket David Beckham is wearing in his last post. This while my Instagram shopping feature shows an awful lot of Club Bruges – the best club in the country, although I might be biased – shirts and goalkeeper gloves worn by my favourite goalkeepers. Lazy as I am, the less clicks or in most cases in today’s mobile world, “taps”, I have to do, the better the customer experience and the happier I will be… It’s all about creating integrated ecosystems.

Data as a flywheel for entertainment creation

Data enables you to exactly know what your audience likes and provide it to them. Technological advances like synthetic media go even that far that they can personalise media on an individual consumer level by creating hyper-realistic AI-generated images and videos – also known as deepfakes. Product placement, but the virtual version in which digital images are inserted into existing content without the viewer noticing, is also experiencing a revival, as you could read in a previous blog article. Platforms like Synthesia and Genies are democratising the technology, offering opportunities for companies to create their own, cost-efficient content tailored to individual consumers.

But on the opposite side, entertainment also serves as pull factor to generate more consumer data. It is no coincidence that previously mentioned banker KBC also gives access to users that are no customer at KBC. While access is completely free, KBC generates a lot of user data from potential new customers and now has direct access to communicate with them. In the sports industry, clubs, like tech companies, are betting on entertainment to gain access to the new oil. Clubs are by design love brands, making fans blindly share their data with the clubs they are passionate about and clubs see a possible income in monetizing their data. What we think companies should do best with consumer data can be read in our previous blogposts.

Get those creative juices flowing

Anno 2021 and further on, companies should step up their entertainment game. Entertainment is key for companies to get noticed in the pile of content but more importantly to make impact, linger in the consumer’s memory and ultimately to build relationships. While creativity and communication in general is not a talent given to all, companies should attract the right capabilities to develop the right kind of entertainment that matches both your brand and your audience’s values. Therefore, knowing your audience is key. Because that’s how you make quality content that gets your community talking.

Would you like to exchange ideas about how ‘entertainment thinking’ can help your organization move forward? Do not hesitate to get in touch! 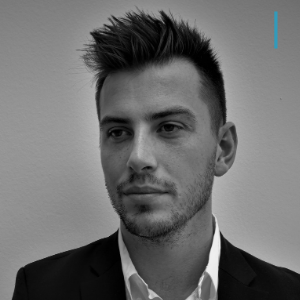