SPOTLIGHT ON CORONA | #2 Collateral damage: which industries should we bailout?

After emerging in March of 2020, the coronavirus dominated our country, our society and our economy for months on end. Suddenly, our daily lives are governed by the social distancing measures the government has been forced to impose, measures that have a significant economic impact. Companies have to temporarily close their doors, workers have to temporarily be furloughed, and financial projections for 2020 – and beyond – have to be sharply adjusted everywhere. We are living through an unprecedented crisis, one that will function as a turning point in our society.  With our ‘Spotlight on corona’ blog series, Callebaut Collective takes a closer look at a number of business strategy approaches during times of crisis. How should companies strategically respond to the corona crisis and periods of lockdown? What role do interpersonal relationships play in the context of corona? How can companies prepare for the new business context once the economy reopens? What impact is corona having on Belgium’s position in particular industries globally? Because one thing is certain: nothing will ever be the same again.

It is self-evident that our focus during the current corona crisis has been on people’s health first and foremost. But at the same time, we cannot wait too long to relaunch the economy since neglecting the economic aspects of this crisis might also result in significant indirect losses when it comes to citizens’ health and prosperity. We would moreover do well to carefully consider how we’ll relaunch the economy since the approach we adopt will shape our post-lockdown society. It’s for instance crucial that we not fall into the trap of focusing only on essential sectors like the food industry and healthcare sector, while treating all other industries as collateral damage. Such an attitude might after all easily cause us to lose our international position in certain sectors for a long time to come, and in fact dangerously impoverish our economy compared to other countries – for example, powerhouses like China and the U.S. – as a result.

After five weeks of lockdown, experts are greatly worried about the long-term impacts of the crisis on the Belgian economy and are urging a slow return to normal life. The reality, however, is that some 70% of Belgians have until now escaped great economic hardship. It’s why economic recovery plans haven’t been seen as a subject we urgently need to talk about by most. But let us not be mistaken – economically speaking, we are currently experiencing an incredibly important moment in history, the result of which has been a GDP contraction the likes of which we had not seen in a long time. Whether or not we can feel its impact at the individual level, the emergency economic situation we are in is real.

The government will have to make difficult choices in the weeks to come. Once it gets round to the economic issues, the first point of action will probably be the scenario that is most likely to win approval from the public, namely extra investments in our healthcare sector. Even though healthcare expenses increase every year, we already allocate the sector a higher than average budget compared to other countries. It’s also funded in a relatively sound way. A further choice will moreover have to be made – will we mostly support ‘local’ labs and producers, or rather, ‘foreign’ big pharma players? The next choice – how to divide the budgets between the remaining sectors – will be even more difficult. Who will get what amount? How much will the events industry get; how much the craft industry, retail, the hospitality industry, fashion, the agricultural industry, etc. And, especially, why? Flemish minister-president Jan Jambon has for instance already said that subsidies awarded to the cultural sector would be paid out for the entire duration of the corona crisis, even though no events are taking place. At the same time, he did add that it would be difficult to do something for freelancers, who aren’t eligible for furlough. Choosing is losing, right?

The event industry has also been hard-hit by the corona crisis. Large festivals that employ tens of thousands of people like Rock Werchter and Tomorrowland have turnovers of hundreds of millions of euros during normal times, but have been forced to cancel their events this year. Those companies might be able to fall back on some savings, but whether the many SMEs and freelancers who work with the festivals as suppliers or in another capacity will be able to do the same is another question altogether.

Challenges and shifts have also emerged in those industries where demand has remained steady. The Belgian agricultural industry is for instance facing multiple problems at the moment, as the below chart from Boston Consulting Group shows. The limited shelf life of vegetables and potatoes is forcing producers to destroy massive amounts of food or – in the best-case scenario –donate them. The major processing agricultural companies – who together produce 5.3 million tonnes of frozen fries, mashed potatoes and crisps, have seen their business largely come to a halt due to the strong shift in demand toward fresh products. Meanwhile, for non-essential industries like the luxury, fashion and travel industry the impact has been total – they’ve all seen consumer demand vanish into thin air. 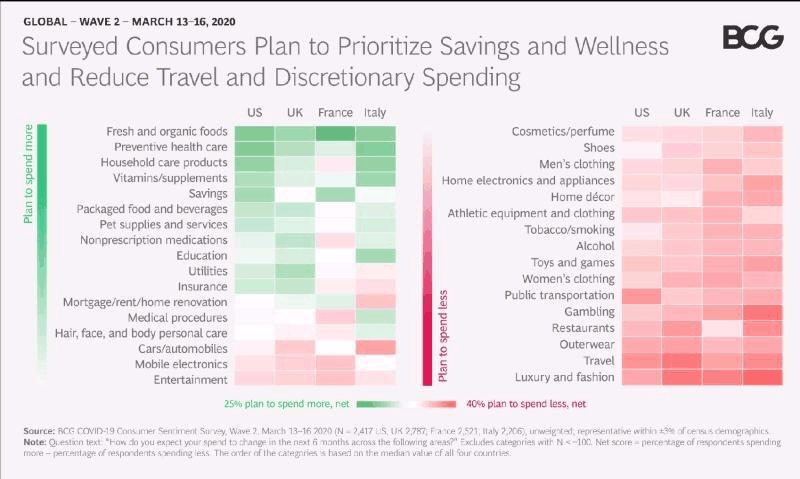 Every country around the world is facing the same challenge and every country will have to strike its own ideal balance between public health and the economy, and make corresponding choices as they relaunch. This will be no different for our own country. In an ideal world, we would give maximum support to all “good” companies as we relaunch the economy, but every such effort in turn also creates debt that several future generations will have to pay off.

How do we keep Belgium on the global map?

Our economic choices have to go beyond just the local perspective – sure, we have to reboot the country and get people working again, but it’s also crucial that we carefully monitor and safeguard our leading international position. Because, yes, Belgium plays a prominent role in a number of subsectors of the global luxury industry. We do not want to lose our leading position to powerhouses like the U.S. and China, who will probably quickly switch gears to get their economies going again and as a result dominate certain industries for a long time to come. How will we address this issue? Will we give financial help to subsidiaries of German airlines but at the same time let those industries languish that put us on the map globally, so artisanal beers, diamonds and chocolates?

At the moment, the “good” companies at least require some time and liquidity to undertake and speed up positive developments over the coming weeks. A fashion retailer might for instance invest in social media campaigns, augmented reality applications and virtual showrooms. Thanks to a smart business model and with a little leg-up from the government, some hotels, restaurants and cafes on the other hand will be able to limit the damages to a minimum and perhaps even acquire a permanent share of the market thanks to other new e-commerce and pickup services.

The approach of the Chinese cosmetics company Lin Qingxuan to COVID-19 offers a great example. After being forced to close 40% of its shops, the company retrained some 100 of its beauty consultants into online influencers and had them use digital tools like WeChat to engage customers via the platform and to boost online sales. The result? The company increased its revenue with 200% compared to the previous year thanks to the soaring Wuhan sales.

In addition to financial support, every industry will also require concrete and pragmatic measures that are perceived to be fair – due to the urgency of preventing a wave of bankruptcies on the one hand and, as explained above, to maintain and further strengthen our position globally on the other hand. And not everyone realises the importance of precisely that last part. European Commissioner Margrethe Vestager does get it: she has pointed out that the corona pandemic will make European companies vulnerable to takeover attempts from China. It’s why she sees state shareholdings in private companies as an important instrument to divert this risk. It’s important that we not overlook this perspective as Belgian companies, as lawmakers.

Toward a new normal

There will come a time after lockdown and after corona. This means it will be necessary for companies to adjust their business strategy. Consumer behaviour, after all, will no longer be the same when the economy relaunches. Although there’s been a lot of talk about social distancing during this period of crisis, we are at the same time collectively discovering that we can also socially interact from a distance. Many Belgians have participated in their first online chat session, tuned into their first Zoom video call with an architect, made their first PayPal or mobile payment, and so on. Over the last few weeks, even the most elderly among us have learned how to use a tablet, how to have a Skype session and even how to pay for something by scanning a QR code. The only thing left now is for the experts to talk to us from their homes instead of always driving to the studio.

The expectations of consumers – vis-à-vis digital services first and foremost – will change, even though we so badly crave human interaction just now. One doesn’t have to preclude the other after all. High time to prepare for these changes as a company. Callebaut Collective can help you develop a post-lockdown strategy for your company. Don’t hesitate to get in touch with us. 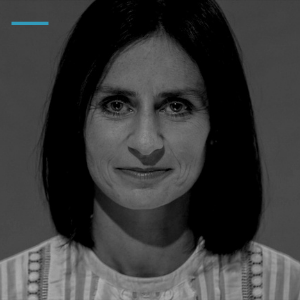