Marketing is all about being and remaining human. Marketing is about activating human relations. This is what the Human Activator does; he centers his business around human beings and society. In this series ‘Reflections of a Human Activator’, the Human Activators talk about their view on their environment and society. This is their window on the world, brought to us in their own way. In every case they revert to the essence of marketing: being and remaining human. To the importance of activating human relationships. To the essence of centering your business around human beings and society.

The cultural sector as well as the event sector and the food service industry are having a very hard time in Covid times. We feel for them and would like to join them in looking for relaunch solutions. But the Cultural sector with a capital letter is also the sector where people who are in charge often think marketing is dirty. Unjustly, as far as we are concerned. Communication and service are part of a society’s culture, with or without a capital letter. Without Human Activation, no culture, for our part.

There has been quite a bit of talk lately about integration and culture. About cultural differences, that is. And about the question of whether, if you want to integrate into our society, you also have to adapt to our culture and give up a bit of your own.

Everything depends on what one means by ‘culture’ of course. But in our era of the ‘global village’, hasn’t culture, whatever one may mean by that, become universal, or let’s say global? Do cultures still exist, in plural? Or are we on the way to one global culture, the culture that walks in the footsteps of globalization?

Some marketing people, working for globally distributed product sales, would be only too happy to do so. A single marketing strategy for the whole world, imagine! What a cost reduction!

But of course this does not go that fast. We are far from being fully Americanized, whatever some may think. On the contrary.

By the way, the average citizen doesn’t know about marketing strategies either, he only sees advertising: ads, posters, and TV spots. And he likes humor in advertising. Who doesn’t? If cultural differences exist at all, they are certainly, among many other things, found in humor.

Farid Chebab, once director of Leo Burnett in the Middle East, stated that Arab humor lies almost exclusively in the spoken word and not, as in America (and many other countries), in situations.

Eric Hollander, a Belgian advertising man of a while back, said that our advertising thrives on ‘talking nonsense  and disrespect, topped with a touch of surrealism à la Magritte.

So several cultures, if we assume that humor is an important component of culture. And I’m inclined to believe so. What I’m not inclined to believe is that all advertising should be funny, but that’s another matter. Let’s stay serious here for a moment.

Is globalization a threat to the diversity of culture, as many would argue? And does marketing have its part in this?

There are almost as many anti-globalists (or alter-globalists) as there are cultures. Some see them as the Great Satan; others can identify with them, albeit in principle for the time being. In principle, that is, as long as global social progress keeps pace with the progress of open world trade. No further progress of world trade if there are no longer purchasing consumers. And vice versa. That’s pretty obvious, or not?

But we were talking about globalization and culture. Is open world trade and the marketing that goes with it a threat to cultures? Let’s go back to Antwerp for a moment. If young Moroccans all start eating at McDonald’s tomorrow, are they suddenly participating in American culture? Will they then oppose their own culture?

And when they’re there and in between bites talk Arabic with each other? Do they then oppose American culture, or ours? Is being woke the answer? You see, we can’t figure it out.

Do you remember your vacation in Morocco? There you can buy a quick bite to eat everywhere as well. So why wouldn’t Moroccans in Antwerp go to the McDonald’s? Or to the French fries kiosks? It’s a part of their culture, and ours.

Marketing or no marketing, America can sell us its products but not its culture. Marketing or no marketing, Flanders cannot sell its culture to Moroccans or Turks or other immigrants. Something more is needed. Contact. Going to the French fries kiosks together, for example. Or to the McDonalds. Or eating a pita bread and kebab. Meeting each other on a piece of common cultural ground.

And marketing? Just the same. Multinational marketing can only thrive if it is multicultural marketing. The big brand builders have understood this well.

Covid 19 and the 9/11 attacks on the Twin Towers in New York and the Pentagon in Washington, have changed our Western view of ‘culture’. Us Western countries must dare to recognize that its values may be unique, but not universal. 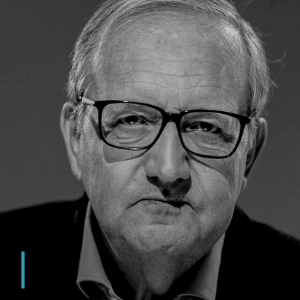 Author
Jan Callebaut
Founding Partner
Co-Founder of Callebaut Collective. Entrepreneur and thought leader in marketing and communication strategy. As the founder of the ‘human drivers’, Jan is an expert at understanding people’s motives and motivations, no matter the context or situation.